In the future smart factory under the "food processing industry", "soft" applications are the key

"If we classify the grasping and handling of intelligent robots, the threshold for the food processing industry will be higher. 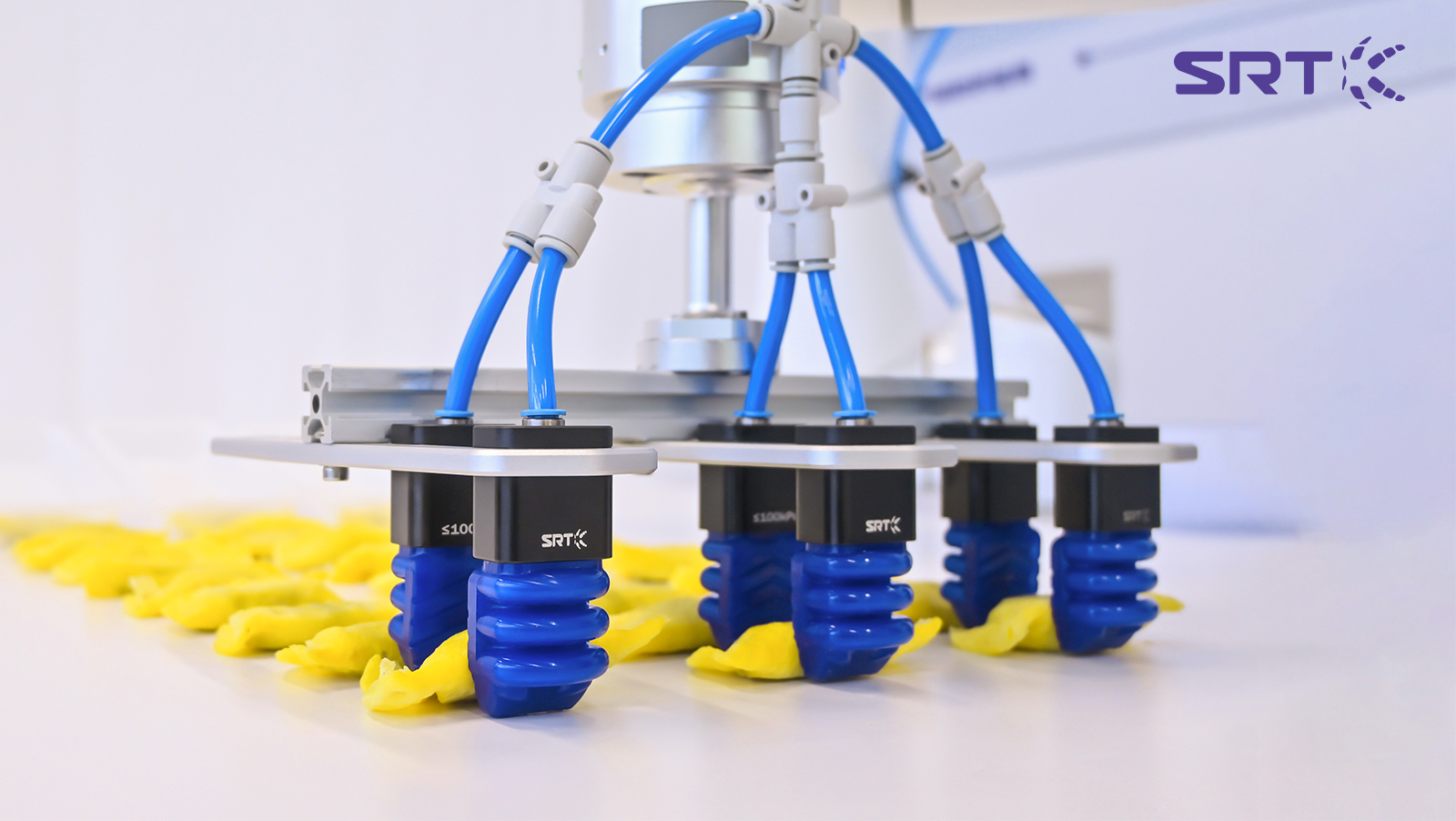 The food industry is the life industry of human beings. As the largest industry in the world's manufacturing industry, the modernization level of the food industry symbolizes the level of people's quality of life and the level of development of the country. Data show that the total output value of my country's food processing industry is increasing at an average annual rate of 10%. However, from the current point of view, there are a large number of manufacturers in the industry, the product differentiation is relatively obvious, and the application of high-tech and related knowledge in the food processing industry is relatively small.

The quick-freezing assembly line targeted by the "soft application"

"The rapid development of e-commerce has given the food processing industry an all-round transformation towards intelligence and automation. The application of this innovative technology in the food field is mainly reflected in food processing, assembly line sorting and food packaging. "

A practitioner who has been in the food processing industry for nearly 22 years, has witnessed the transition from a traditional factory to a "smart factory" with his own eyes.

Mr. Z's workplace is a food enterprise engaged in the manufacture of quick-frozen food, the processing of meat products and by-products, and the production and processing of surimi products. Recently, a row of blue soft claws ranked SRT (SFG series) appeared on the automatic pastry sorting line he was in charge of, which caught his attention. 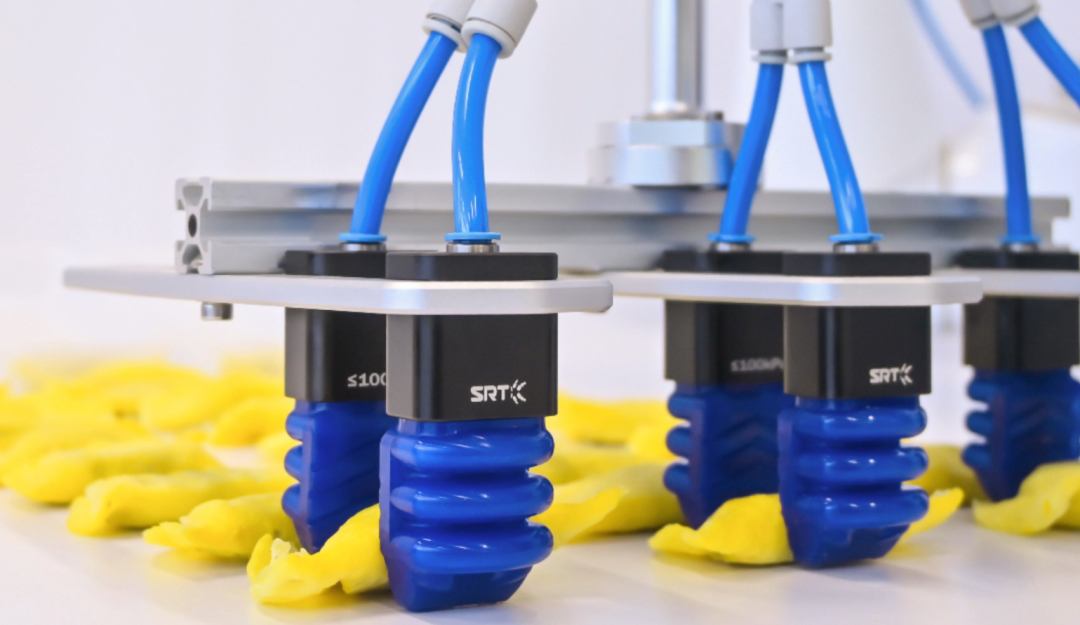 Mr. Z said that in a situation like the above, companies can only make trade-offs between production and efficiency. In order to ensure the normal production of food, the most traditional way is to use manual sorting. As expected, workers are easily burnt due to the temperature when they are forming and transferring golden egg dumplings and sorting and boxing steamed buns and steamed buns. If the soft skin is damaged, it will form appearance defects, resulting in higher product defect rate. With the increasing social demands, high-intensity labor and rising labor costs follow. At the national policy level, in order to ensure the absolute safety of food, it is bound to require enterprises to put forward new requirements for the health and hygiene of employees.

"At one time, we tried to use mechanization to resolve the awkward situation at the manual level, but later found that the rigid gripper and traditional suction cups that are widely used on the assembly line are not applicable at all. The rigid gripper itself has its own characteristics, and the force point of traditional suction cup Small, both of them are easy to cause damage to the golden egg dumplings and custard buns during the grabbing process. The hard technology is advanced, but the damage rate has not decreased.” Mr. Z said helplessly.

The intervention of soft claw technology has brought food processing production from "turtle speed" to "running". From Mr. Z's point of view, since he installed the SRT (SFG series) flexible gripper on the quick-freezing production line, he has really felt the power of technology.

"In the quick-freezing production line, we use flexible grippers of the SFG N3034 model, which are lined up in a row, and four pairs of gripping at the same time. The gripping speed is very fast and stable, and the maximum operating frequency is as high as 300CPM (that is, 300 openings and closings per minute). ). This not only increases production capacity, but also reduces labor costs, and also avoids repeated errors, food safety and breakage rates caused by workers and rigid grippers.

"Recently, we have also combined SFG flexible grippers with 3D vision technology to replace manual sorting and boxing. From the perspective of production, this combination method is very important in improving product yield, two-way cost reduction and food safety control. Undoubtedly, from the perspective of development, this flexibility not only meets the needs of different users, but also realizes the automatic layout of the workshop, which brings us one step closer to building the "smart factory of the future". " 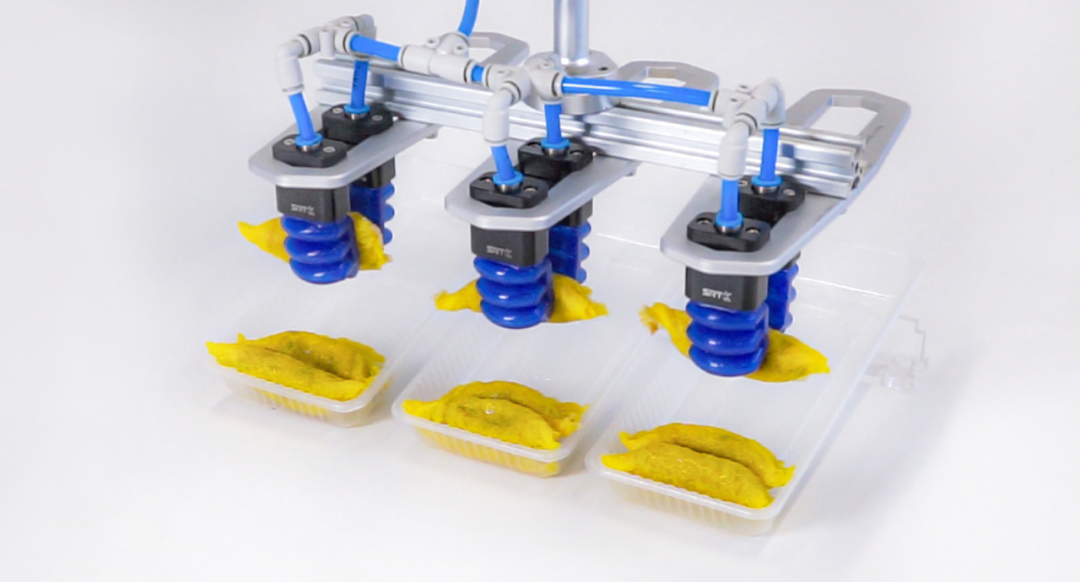 He also said, "After comparing several soft grippers, the reason why SRT (SFG series) flexible grippers were chosen is because the silicone material used in SFG flexible grippers has been certified by a number of tests at home and abroad, not only including the European Union. CE certification, EU AP testing, German LFGB testing, US FDA testing, etc., and have obtained test reports. This shows that the SFG flexible gripper is a high-safety "food-grade gripper" that can contact the surface of objects for a long time. The contact temperature is It can be used with confidence in the range of -40℃-150℃. "

write at the end

Looking at the present, the "demographic dividend" will eventually come to an end, and smart applications will become a new beginning. It has to be said that the food industry is undergoing a transition to "intelligent technology hardware". On the one hand, the core competitiveness of the food industry in the future is the product itself, and on the other hand, it is a new round of "cost reduction and efficiency increase" brought about by innovative technology, and these are precisely the core empowerment provided by the food industry of SRT.